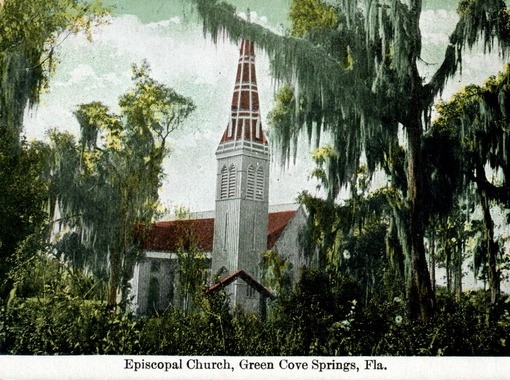 St. Mary’s was organized as a mission church of the Diocese of Florida in 1878. The Bishop of the Diocese, The Right Rev. John Freeman Young, appointed a committee to raise funds for the erection of the church building. The Bishop obtained architectural plans for the church from Charles C. Haight from New York. The first service was held in St. Mary’s sanctuary on March 10, 1879. The Rev. Dr. Aspinwall of New York City officiated at the service. The following year (1880) the tower and spire were added. 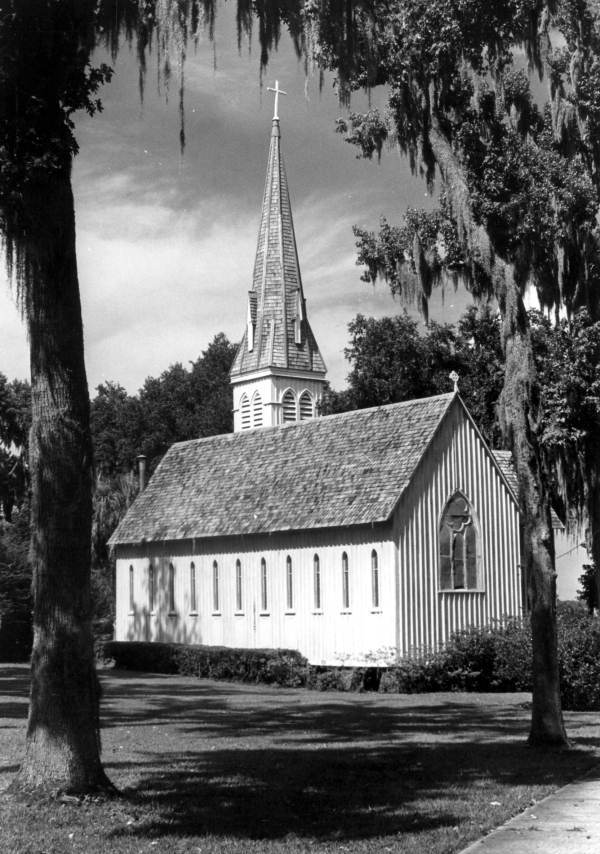 The site on which St. Mary’s is located was a gift of the Thaddeus David family, and at that time was valued at $500. The stained glass windows in the sanctuary, which cost $1,100 when the church was built, were given by the Dore family. They are from the Colgate Studio in New York.

St. Mary’s was consecrated March 26, 1892, by the Right Reverend Edwin Gardiner Weed, assisted by the Rev. Mr. Webb of Philadelphia. The original vessels for Holy Communion are still used in the services today. St. Mary’s was placed on the National Register of Historic Sites in 1979. In 2002, the Parish Hall was also placed on the National Register.

St. Mary’s Parish Hall was originally an Army Chapel (Type CH - 1) at Camp Blanding, Florida. The framing of the hall proper is laminated wood arches, about twelve feet on centers, made of one inch lumber about ten inches wide. The building, when it was moved, was placed on foundation walls of reinforced concrete. It is a beautiful space inside, with the original pine wood floors and wood 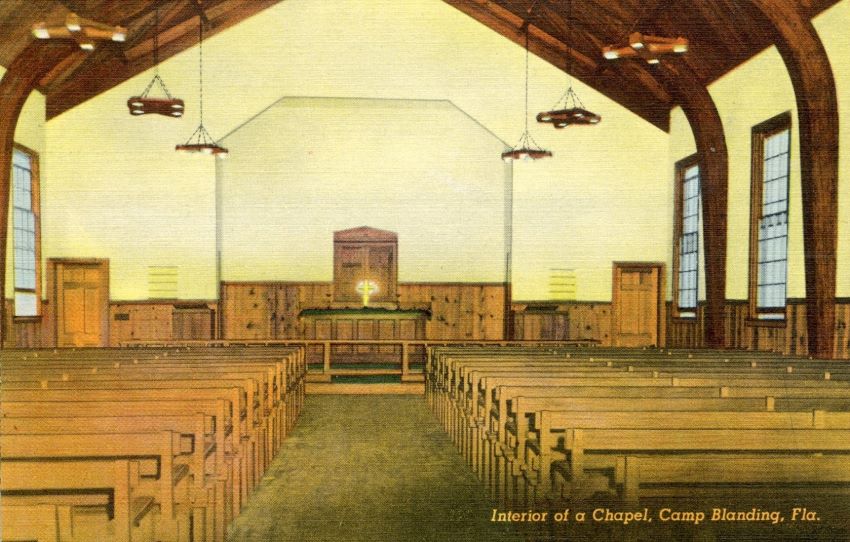 chandeliers. The windows are a tinted glass, which provides a warm glow inside. At the time of the move, asbestos siding shingles were placed over wood lap siding, an extension of the kitchen was added, and a room overlooking the river was attached to the side of the building in 1953. The interior, however, is relatively unchanged.

Parish records indicate that over 200 local individuals and businesses contributed to the effort to move the Chapel to the property of St. Mary’s Episcopal Church in late 1948. From that time, it has served the community and the church as a meeting place. There are many stories of different uses of the building. At one time, the local Junior High School held its dances in the Hall.